<< Back to All Speakers 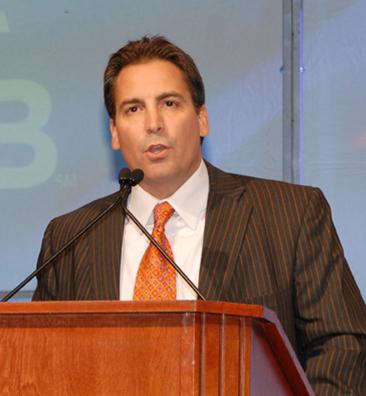 Kip Morse has been with the BBB 24 years and the Central Ohio BBB for 22 of those.  He joined the BBB of Central Ohio in 1992 as Director of Membership Development and worked his way through different responsibilities before being named President January 2002.  During the past 20 years, the Bureau has seen its membership base grow from 2000 members to over 5500 accredited businesses today.Morse is currently serving as the President of the Ohio Association of BBBs as well as The Better Business Bureau Education Foundation, Inc. /Center for Character Ethics.   He also serves on the Board of the National Institute for Marketplace Trust in Washington DC as well as the Council of Better Business Bureaus of Directors.  He is also a Past President and current member of the Downtown SERTOMA Club.Morse currently lives in Worthington with his wife of 26 years Leslie and their 3 daughters.

Your BBB Center For Character Ethics

Business Ethics: What do We Mean by High Character and High Competence?

Being a Leader of Character: “The Never Ending Hike”

Developing a Culture of Character: When You Need to Do It, You Will Know

Why does TRUST! matter? Leading with character ethics is not just a matter of style or personal preference; it is good business. The outcome of leading with high character and high competency is order and TRUST, the essential pillars upon which relationships and organizational performance rest.

Subscribe to our monthly newsletter and stay up to date with all news and events.

Thank you! Your submission has been received!
Oops! Something went wrong while submitting the form.